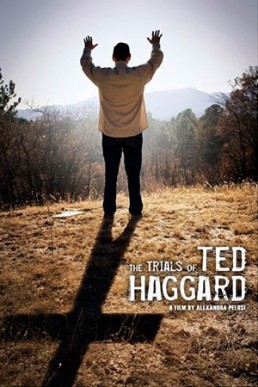 THE TRIALS OF TED HAGGARD

Once upon a time, Ted Haggard had it all: prosperity, a doting wife, five kids and a ministry that reached 30 million followers. The larger-than-life founder and pastor of Colorado’s New Life Church and president of the National Association of Evangelicals, Haggard was one of the most formidable forces in America’s Christian evangelical movement. But in 2006, it all fell apart. Pastor Ted admitted to “sexual immorality” and buying methamphetamines from a male prostitute, which abruptly ended his career, sending him and his family into free-fall. The bombshell not only rocked the ministry, but everyone who knew him – especially his wife and five children. THE TRIALS OF TED HAGGARD takes an intimate look at the life and hard times of the ex-minister.

“She’s one of the most gifted documentary filmmakers working today.” – Times-Herald